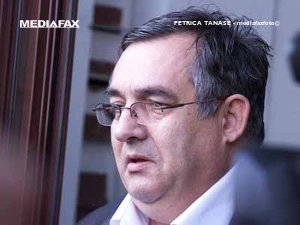 Romania’s prosecutor general Codruta Kovesi Thursday urged justice minister Catalin Predoiu to dismiss Dan Voinea from the position of deputy prosecutor with the Department of Military Prosecutors’ Offices, citing major deficiencies in the activity of the department and flaws in the management of human resources.

Kovesi based her decision on two concrete examples, the files of the anti-communist Revolution in December 1989 and the files targeting miners’ riots in 1991, stressing that, although 18 years passed since the Revolution, these files were not solved yet.

Kovesi said she provided Voinea with financial and human resources to render the department’s activity more efficient and help him solve the files as soon as possible, stressing, however, her good intentions obviously did not pay off.

Kovesi’s proposal will be submitted to Predoiu upon publishing the report on the activity of the Department of Military Prosecutors’ Office.